Classic fried sesame balls, the kind you would find at the manapua or dim sum restaurants.

| 5 people have saved this recipe 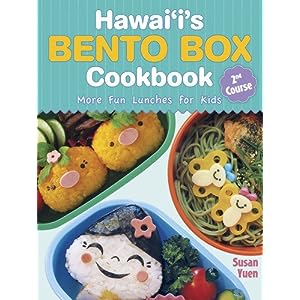 To prepare date filling, puree all ingredients in a food processor until smooth, scraping bowl as necessary. Refrigerate until use. Put the sugar, salt, and baking soda in the bowl of an electric mixer. Mix well and set aside. Prepare a steamer, with the water at a rolling boil. Add the taro and steam until very soft, 10 minutes; it will fall apart if poked with a knife. Immediately transfer the taro to the electric mixer bowl with the sugar mixture and beat with the paddle attachment on medium speed until the sugar dissolves and the mixture is pasty.

Meanwhile, bring 1 cup water to a boil. Turn the mixer speed to low and add the glutinous rice flour. When the mixture is crumbly, add the boiling water all at once. Continue beating the dough until it is soft and only slightly sticky. Squeeze the dough into a ball, wrap in plastic wrap, then refrigerate until completely cooled. When cool, shape the dough into a log 1-inch in diameter and cut the log into 2-inch lengths. Flatten each piece of dough with your palm into a circle, 4-inches in diameter and 1/4-inch thick. Put 1 tablespoon of the Drunken Fig Filling into the center of a circle, then bring the edges together and pinch shut. Pinch off the excess dough at the two end points, then roll the filled dumpling into a ball. Repeat with the remaining dough circles and filling.

Fill a deep, heavy saucepan (at least 6 inches wide) with oil to a depth of at least 4-inches. Bring to 300 degrees . Fill a shallow dish with water. Roll sesame balls in the water, just enough to moisten, then roll in the sesame seeds. Using a slotted spoon, carefully lower half of the coated balls into the oil and cook until they float, about 5 minutes. Do not disturb the balls at all when they cook. Carefully remove from oil and drain on paper towels. Repeat with the remaining balls. Serve immediately or at room temperature.

There are no nutritional values recorded for this Sesame Balls recipe.