Usually, it's vegetables of some kind, along with some meat. But you can fill it with carne asada, spinach & ricotta cheese, pulled pork and barbecue sauce, macaroni & cheese--the possibilities are endless! On a lazy Sunday morning, I decided to make some egg roll with the vegetable odds & ends in the refrigerator--which turned into Yakisoba Egg Roll.

| 2 people have saved this recipe

I also had half a block of tofu that I diced. 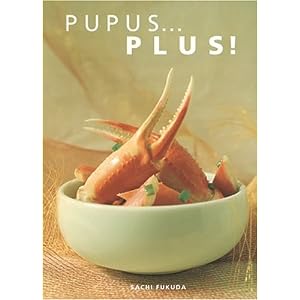 Slice the onions. Put the onion into a bowl with the minced garlic and ginger and set aside.

Thinly slice the nappa & bok choy stalks & cabbage, as well as the mushrooms. Put them in a bowl and set aside.

Give the yakisoba noodles a rough chop. Fry them in a tablespoon oil. After they've fried in oil a bit on high heat and get a little browned, add a tablespoon of water, turn the heat to medium and put the lid on. After a couple of minutes the noodles will be easy to separate and will be soft. Remove the noodles from the pan and set aside.

Next, saute the onions, garlic and ginger in a tablespoon of oil. Add the mushrooms, bok choy & nappa stalks. Stir and cook with the lid on for 2 minutes. Add the bowl with the spinach, carrots, etc. Cover and cook for 1 minute. Spinach cooks fast! Add the tofu, yakisoba noodles and yakisoba sauce packet. I used two sauce packages (it comes with three noodle packages & 3 sauce packets in one bag of yakisoba).

The seasoning packet, and traditional yakisoba sauce, is a sweet worcestershire based sauce.

You can make it at home using: 1 tablespoon each of--mirin, vinegar, sake, oyster sauce, ketchup and brown sugar. 2 tablespoons worcestershire sauce and shoyu. A half teaspoon of sriracha hot sauce is good in here too.

Make the sauce in a bowl, then taste it and adjust the seasoning before you add it to the yakisoba. It's a lot easier than trying to adjust the flavors after it's already in the pan.

Turn off the heat and stir well to combine all ingredients. When the mixture cools, place a small amount of the yakisoba onto an egg roll wrapper, close to one corner. Fold the wrapper in from the corner, tucking the corner under, press ends.

Fold the right and left corners in. Moisten the top corner with a little bit of water so it will stick. Repeat until all wrappers are filled.

Drain the egg roll on paper towels. They're best when eaten hot.